The BDL is your first port of call if you have any questions about leasing. Media representatives should get in touch with Heike Schur, who is the BDL’s Head of Communications and Press Relations. 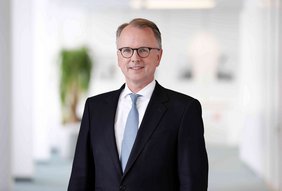 “The German leasing sector has come through the corona crisis in good shape and remains relatively stable,” was the assessment of the past 15 months offered by the President, who has headed the Association since 2017. The new business ideas developed by medium-sized companies during the lockdown as a way of navigating a path out of the crisis serve as testimony to the creativity and innovative energy of Germany’s Mittelstand. And leasing companies had been there to support their Mittelstand customers by allowing them to defer the repayment of leasing instalments, thus enabling them to draw breath and put themselves on a more resilient post-pandemic footing. Leasing companies had also managed to provide this customer base with fresh liquidity through sale-and-lease-back (SLB) agreements. In 2020, 8 percent more SLB agreements were concluded than in the preceding year. Nevertheless, the reduction in economic activity last year was also felt in the leasing sector, as many companies simply put their investment plans on hold. As a consequence of this, there was a sharp decline in overall investment in equipment, which was down by about 11 percent on the figure for 2019. New equipment-leasing business in Germany also fell (by 8.5 percent).

Investment dynamo as the economy gets back on its feet

The German leasing industry is optimistic about the second half of 2021. “Now that the vaccine rollout is gathering pace, and incidence rates are falling, there is nothing standing in the way of a powerful expansion of economic activity,” declared Ostermann. Leasing, he said, was an ideal support for an economy getting back on its feet, and would help companies heavily indebted because of the crisis to proceed with shelved investment projects without having to resort to further borrowing.

The greatest constraints on companies wishing to invest remain liquidity worries and the prospect of a decrease in equity. The BDL is therefore urging politicians to recognize the need for the provision of state support for leasing investments through the granting of global loans by the KfW. This BDL initiative has already gained the support of a number of trade associations, including the German Confederation of Skilled Crafts (ZDH), as well as the automobile and construction sectors. “State support for SMEs planning to invest would encourage investment and thus aid economic recovery,” insisted the BDL President.

As well as highlighting the need for increased digitalization, the Corona crisis has also shone a light on the consequences of the chronic shortfall in investment. “The investment backlog that existed before the pandemic has increased, and is in urgent need of remedy,” warned Ostermann at the virtual General Meeting of BDL Association Members. But if companies are to be persuaded to invest in Germany as a future business location, favourable framework conditions must be created. With this in mind, the BDL has formulated recommendations for Germany’s politicians ahead of the upcoming general election. These set out how the German Mittelstand can be reinvigorated, how innovation and diversity in investment can be encouraged, and the accompanying fiscal measures required to achieve these goals.

Two of the central demands in the BDL’s position paper are removing unnecessary burdens on companies – in particular, those in the Mittelstand sector – and cutting back on needless bureaucracy. Laws and regulations should be introduced in a “one in/one out” basis. “Furthermore, in all legislative initiatives, attention should be paid to the specific consequences for SMEs. After all, the German economic model relies heavily on the Mittelstand, and on the distinctive diversity of this sector, which must at all costs be preserved.” The “one-size-fits-all” approach is a direct threat to this diversity. “Treating companies as if they were all the same, and ignoring the differences that exist between them, stifles innovation and increases the risk of small and medium-sized companies falling prey to consolidation,” pointed out the BDL President.

The same, continued Ostermann, applies for the leasing industry itself. The intense regulatory pressure weighing on medium-sized companies remains enormously burdensome. “Leasing companies should not be measured by the same yardstick as banks. They are less complex, and are not exposed to anything like the same degree of risk. Proportionality and a greater degree of differentiation are essential,” said Ostermann.

Management Board of the BDL

The BDL represents the interests of the leasing industry in Germany. It has around 150 member companies that together account for over 85 percent of the volume of the German leasing market. Every three years, the members of the BDL elect a new Management Board. Olaf Meyer (Siemens Finance & Leasing GmbH) and Andreas Werner (Merca Leasing GmbH & Co. KG) are taking their place on the Board for the first time. Board members Maximilian Meggle (MMV Leasing GmbH), Marion Schäfer (Miller Leasing Miete GmbH), Kerstin Scholz (VR Smart Finanz AG) and Marcus Schulz (Arval Deutschland GmbH) were all confirmed in office. Former Board members Michael Mohr (abcfinance GmbH) and Hubert Spechtenhauser (UniCredit Leasing GmbH) did not stand for re-election.

Leasing is one of the German Mittelstand’s most highly favoured investment tools. Around three quarters of all companies in Germany opt regularly to make use of leasing in order to invest in machinery or plant, or to acquire a vehicle or IT equipment. When companies have decided not to use their cash flow to fund investments, leasing is generally their first choice of financing tool for investing in environmentally friendly technologies and in digitalization. The total value of vehicles, machinery, real estate, IT equipment and software, medical technology, energy systems and so-called other assets currently being leased in Germany comes to over 200 billion euro.